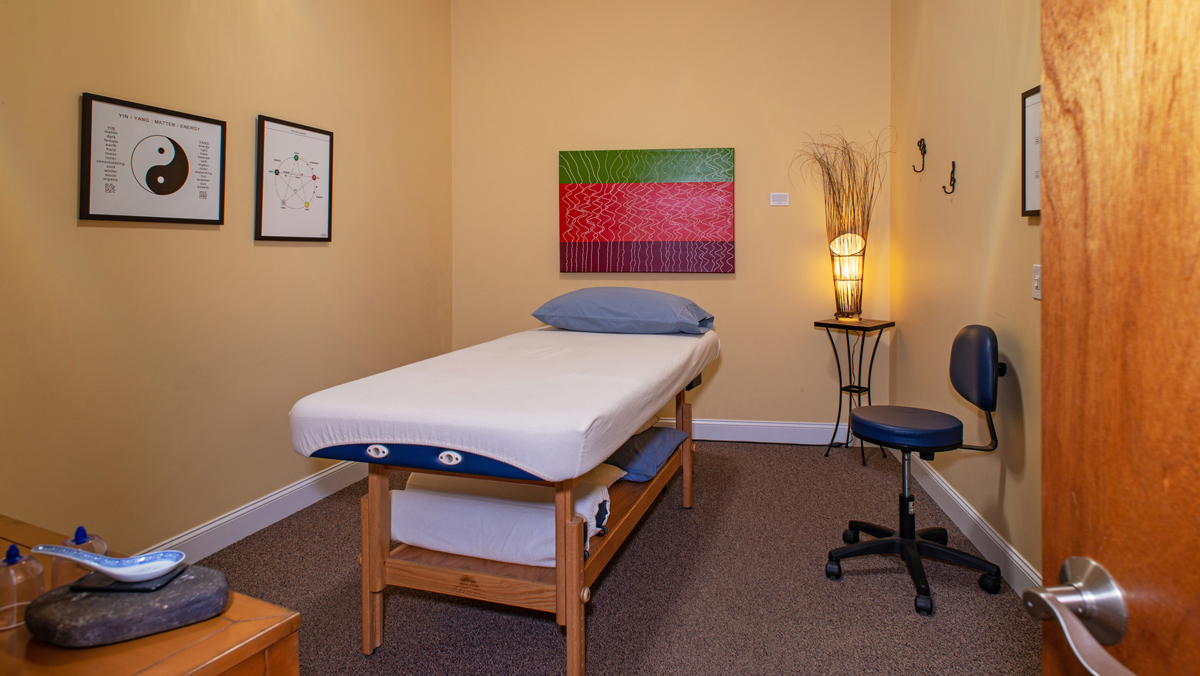 I am 58 years old and have lived in Boone since 1986. I am now in my 10th year practicing Acupuncture. As a young man I became interested in medicine through first aid training. This interest grew throughout my climbing years and at age 45 I enrolled in acupuncture school. I love my work and am passionate about helping my patients heal and get their lives back.I received a AAS in Civil Engineering from Central Virginia Community College, a BS in Business Management from Hill College, and a graduate level Diploma in Acupuncture from Jung Tao School of Classical Chinese Medicine.

Before opening this clinic in 2007, I founded a climbing gear company, Misty Mountain Threadworks in 1986. I was then a professional rock climbing guide for 15 years in NC and an instructor at NC Outward Bound School.

I have been married for 29 years to my wife Julia and have two sons, Lucas and Noah.

Noah’s Story, Why I became an Acupuncturist

After the birth of our first son my wife, Julia, grew increasingly frustrated because she felt exhausted all the time and couldn’t lose her stubborn pregnancy weight. Julia was diagnosed with Hypothyroidism, a common disorder in women after childbirth. In her case supplementation with Synthroid was essential, but over the next two years we tried to get pregnant again with no success. She began seeing an endocrinologist who identified a long luteal phase in the reproductive cycle.

Neither of us had seen an acupuncturist before, but felt Julia needed other treatment because the medication alone was not enough. Right from the start, we were intrigued with the holistic approach of Chinese medicine. The acupuncturist asked Julia about her health history and current problems. She linked together health problems which had previously seemed unrelated. She identified the deciding factor in a new pregnancy not taking hold: because of Julia’s Hypothyroidism her body temperature was too low. Taking the synthetic hormone could not change this, but acupuncture did. As her body warmed, her menstrual cycles shortened drastically. Several issues were addressed simultaneously: Julia lost weight, gained energy, and her fertility returned.

Julia became pregnant six months after starting weekly acupuncture treatments. The endocrinologist predicted that her pregnancy was unlikely to hold. The acupuncturist, however, was much more optimistic and continued treating Julia to support her pregnancy. It was comforting to learn that acupuncture was harmless to our baby.

It was a difficult pregnancy, but it did hold! Our son Noah was born December 29, 1995. Julia and I both knew that acupuncture was responsible for supporting her full-term pregnancy and the uncomplicated birth of our son. I knew that some day I wanted to learn more about this ancient medicine that had touched my family so deeply. 10 years later, at the age of 44, I enrolled in acupuncture school.

A further chapter in Noah’s story that continues to intrigue me is that he and our acupuncturist share the same birthday!